What kind of tenants are expats? 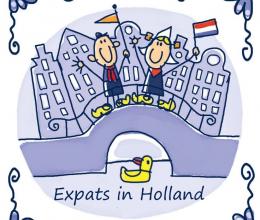 What is an expat?

What kind of tenants are these expats?

When expats come to the country where they work temporarily, they obviously need a space to live. The Netherlands too receives tons of expats each year, and they are looking for residence in the Netherlands. When expats come solo or in duo’s they will opt for an apartment or a small residence in the city. Families on the other hand prefer a house with a garden that is either in a small village or in a suburb of the city.

The stay is temporary

Expats are only for a set amount of time in the Netherlands, which means that they leave the house as soon as their employment ends. Then these expats will return to their country of origin.

Expats make decisions quickly. Often, they will spend the first one or two weeks of their employment in a hotel or a short stay apartment and from there they will look for a residence where they can stay for a longer period. They will visit a couple of residencies and make their decision within days; the date of acceptance will follow shortly after.

Furnished apartments that are presented well online will often be selected and rented by an expat or the company that these expats work for. They will even do this before the arrival of the expat, to ensure a residence. This also lowers the vacancy risk for the landlords.

A lot of security

When you rent houses to expats you will have a lot of security. Firstly, you are sure of their departure at the end of the rental period, since they will return to their home country and they are no longer employed in the Netherlands. One top of this, expats always have work, which is often a well-payed job as well. This way you are ensured that the rent will be payed for during the period of rental. In some cases, the employee of the expat will even pay for the rent.

As we mentioned, expats are usually highly-educated people, that will handle your living space with care. On top of this they speak English perfectly, otherwise you are not offered a job in the Netherlands being from another culture. On top of this they have made an effort to get the job they are here for, and they won’t risk getting kicked out of their house.

Experience has shown us that expats are careful tenants that will handle your house with respect and always pay on time.

Would you want to put your house up for rent to these international companies and tenants, contact us, and we’ll help you in your way.