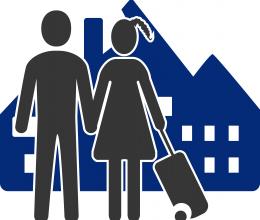 Rental prices in the Netherlands are increasing. Prices are rising rapidly, in Eindhoven in particular. In the past year, the rent has increased by no less than 9.7% in the ‘City of Light’. That is much more than in other large cities such as Amsterdam and The Hague.

According to an estimate by the CBS, the Dutch population grew by 104 thousand in 2018. Partly due to the increasing number of households, there is a shortage on the rental property market. Landlords can charge higher prices, which is reflected in the figures. Although the national average rent has increased by 4.9%, the rent in Eindhoven has increased by no less than 9.7%. Eindhoven sticks out when it comes to the national rent increase.

With an 8.6% increase, Rotterdam is a close second to Eindhoven. In addition, the rent in Utrecht increased by 7.6% in the past year and by 4.7% in The Hague. Rents in Amsterdam increased by only 3.6%. 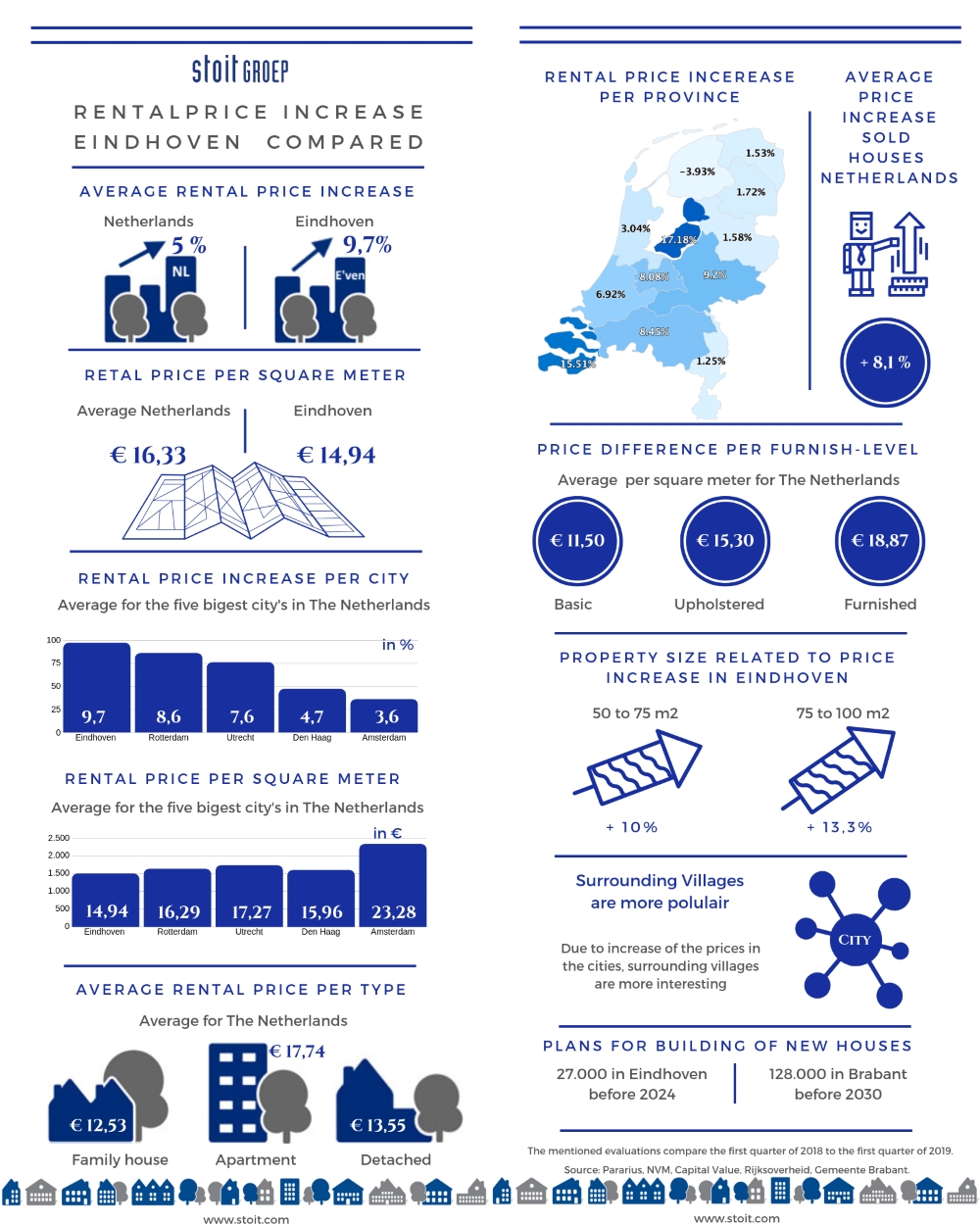 The higher rents is caused by the increasing demand for rental properties. Because the demand has risen faster than the supply of houses, a scarcity has arisen in the rental market, to which landlords anticipate to.

The cause of the higher rents

Arnoud Snoeijer, General Manager at Stoit Groep in Eindhoven, notices that the increasing number of home seekers are no longer Dutch only but also expats. The number of expats is increasing rapdily, especially in Eindhoven and surrounding areas. They move to the ‘city of technology’ for work or education at the Technical University.

This group of tenants is looking for a property to excess on short notice and is therefore more willing to pay a little extra for a house.

Due to the high rents in the big cities, the surrounding villages are becoming increasingly interesting. Tenants move out of the city in search of less expensive options. If tenants can have a larger house, more luxury and other facilities for the same price, then suddenly extra travel time is no longer a problem. The increasing demand for homes in surrounding municipalities is also causing an increase of rents here.

This is also noticeable in the realty. Snoeijer indicates that especially surrounding villages near Eindhoven such as Veldhoven, Nuenen, Waalre and Son are becoming increasingly popular for tenants. But also a city like Helmond, and in particular the Brandevoort district, is a place where tenants really would love to settle.

Future of the housing market

The scarcity on the housing market is at the top of the political agenda. This is apparent from agreements made by both the State, Eindhoven Area and the province. Before 2024, no less than 27,000 new homes will be built in Eindhoven. In Noord-Brabant the plan is to build 128,000 new homes before 2030.

These are all great plans to solve the high demand for living space, but whether it will be enough for a fast-growing city like Eindhoven that will be the question.